INDIVIDUAL TOUR TO THE OLYMPIC SITES IN SOCHI

The price of the Tour:

This route is one of the most popular routes among the guests. Olympic objects are the most visited sites in Sochi even after the Olympics. The Olympic games were held in two places: Krasnaya Polyana and Olympic Park.

Our tour includes these two places. Firstly, we will go to Krasnaya Polyana. In order to see more sights on this route, we will drive along the old road in the direction of Krasnaya Polyana. The road takes over 19 miles, but you won't have time to get bored in the way as almost every few miles you will see interesting objects. Such as, for example, cable suspension bridge which is a unique structure, which was constructed for the Olympics.

On the way we will stop at a mineral spring where you can drink real Narzan. Narzan is considered to be healing mineral water, which cures diseases of the cardiovascular system, diseases of respiratory organs, diseases of the digestive system and nervous system. Since long times people came to this source to improve their health.

A quick stop at a viewing point at the entrance to Krasnaya Polyana will allow you to breathe fresh mountain air and learn a little about the history of Krasnaya Polyana. 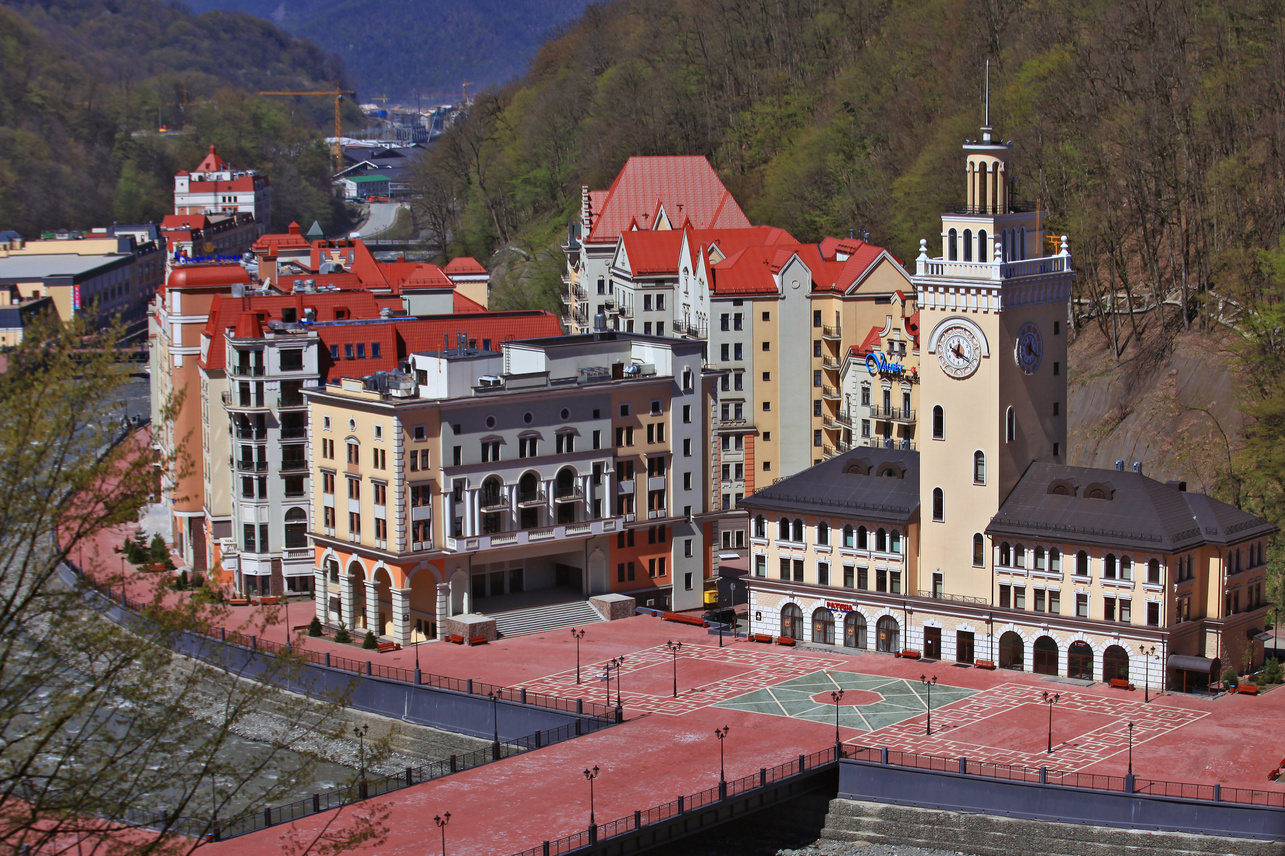 Now the resort has 3 ski resorts such as "Rosa Khutor", "Gorky Gorod", GTZ "Gazprom". Each of them is unique in its kind.

Beautiful embankments, shopping centres, cable cars which also work during summer for visitors of the city. As for the elevations they are unique: from 575 m to 2320 m.

Climbed by cable car you will have unforgettable experience and stunning views of the village of Krasnaya Polyana, the Main Caucasian Ridge. 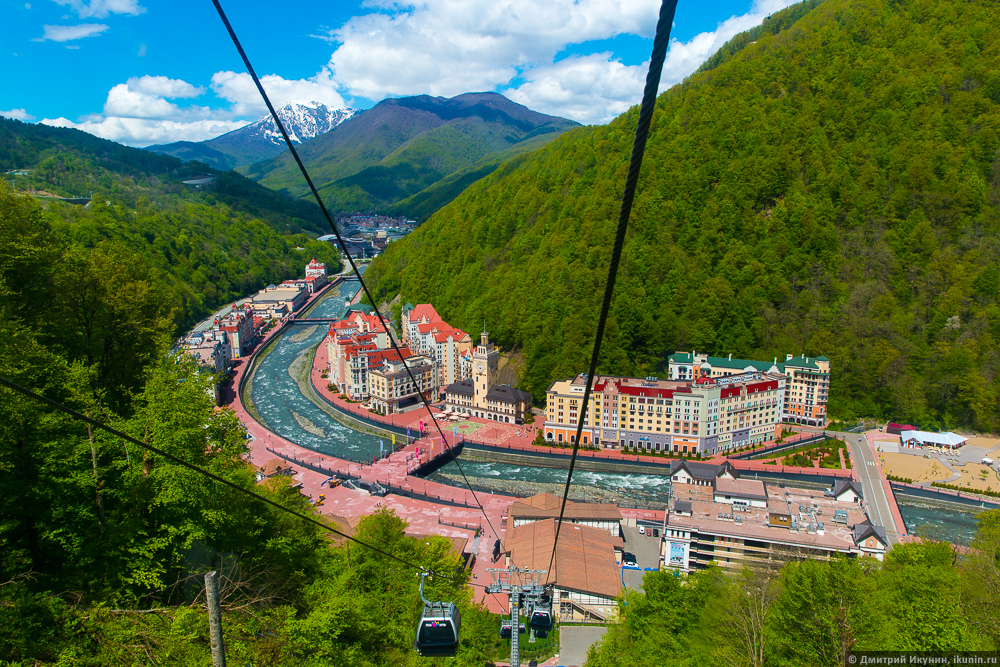 On the way back we will stop at the Gazprom ski resort, where Vladimir Putin chose a place for winter residence. You will see his house and learn where the President of Russia skies. We will also view a stunning musical fountain that is located on the roof of the largest entertainment centre of Krasnaya Polyana.

Looked at Krasnaya Polyana, we will go down to the sea to the Olympic Park. Olympic Park — is one of the main sites of the XXII Winter Olympic games in Sochi. It is situated in the Adler district of Imeretinskaya lowland. There are sports facilities, at which there were competitions in figure skating, speed skating, hockey, shorttrack, curling. 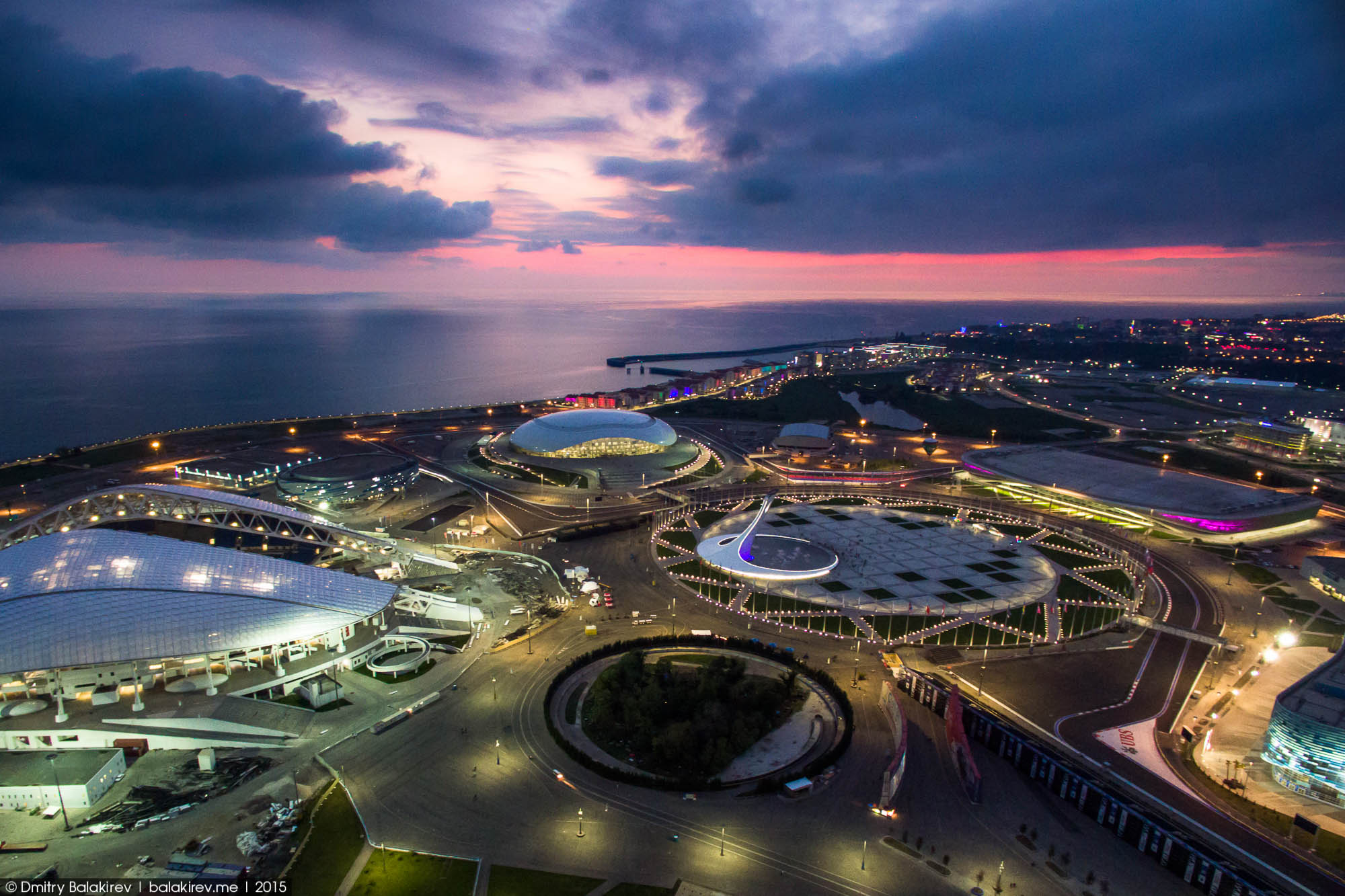 There were a Grand ceremony of opening and closing Winter Olympics 2014 here in Sochi and the Russian stage "Royal races" the Formula-1 which was observed by the whole world.

You will visit the Plaza of Medals, where the Awarding Ceremony of the Champions of the Olympic Games was held.

At the end of the program we will see a show of Olympic fountain. This is an unforgettable sight that everyone should see. Jets of water burst from the water and reach height of over 70 meters! It was that place where the Olympic flame was lit during the Olympics.

The price of the Tour:

The duration of the tour: 7-8 hours


The price of the Tour:

Going on this trip, be ready to walk a little. The fact is that the main sights of the Central d..

If going in the direction of Krasnaya Polyana, Adler district, there is an interesting route: Ahsht..

Our first visit will be the highest point of the seaside part in the city - Mount Big Akhun. On th..

When you are visiting Sochi, you certainly should schedule gastronomic tour in your program. Every..

THE TOUR TO THE TEA PLANTATIONS AND THE HOLY HEALING SPRING

During this tour we will visit not only tea plantations, but also the protected areas of Dagomys ,..